Audi have truly leaped out of the box with their latest ad, telling the story of a sad T-Rex finding happiness with Audi’s piloted driving in an RS 7 concept.

The video follows a T-Rex as it is mercilessly mocked online for its short arms and the challenges they present, eventually becoming depressed and staring despondently out of the window in classic movie montage fashion. He then sees an Audi in the window of an Audi City, and the scene cuts to a very happy dinosaur enjoying the benefits of Audi piloted driving technology.

The advert uses clever emotional investment with light touches of humour to get its point across, and while the finished product appears effortless and smooth, the behind-the-scenes making of the video was far from seamless.

The biggest trial that the team faced was making the T-Rex appear authentic, as Florian Zachau, head of VFX at Sehsucht, explains: ‘The biggest challenge was to make the dinosaur look depressed. A T-Rex is a rather stiff character and there is not a lot of variety on mimics and gestures the animators can use in order to bring out that sadness. The interview scene in particular wasn’t easy; even though no one actually knows what a talking dinosaur looks like, it is something we do not rate as a natural behaviour. It’s a very thin line between making it look natural and not awkward.’

Audi have shown their affinity for highly automated driving several times over the years, etching the four rings on the surface of a salt lake with a driverless Audi TTS in 2009, and driving laps on the Hockenheimring in a piloted Audi RS 7 Sportback in 2014 to name just two instances. As the automotive world moves closer and closer to autonomous driving, Audi are consistently leading the way to driverless cars. Both the Audi TTS and RS 7 Sportback are available with the complete Audi range at Jardine Motors Audi today. 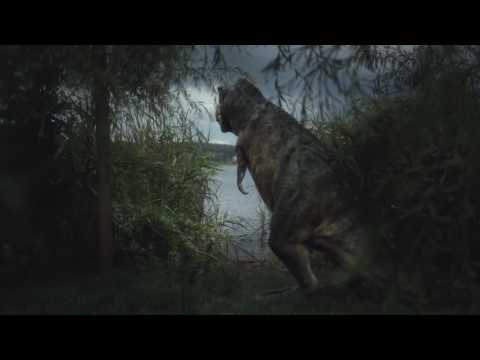