In a touching tribute to the late David Bowie, who passed away in January, 1972’s ‘Starman’, one of Bowie’s most famous songs, is being used by Audi in a new advert to be aired during the first quarter of the 50th annual Super Bowl on February 7th 2016.

The ad, called ‘Commander’, tugs at the heart strings in its depiction of an older gentleman being cared for by his son. Having lost his appetite and zest for life, he listlessly stares at the television. His son has the idea to take him out in an all-new Audi R8 V10 plus, which allows him to feel alive again. As Starman plays in the background, he relives his former days of glory as his son experiences the exhilaration and adrenaline that might accompany blasting off to the moon in a rocket.

This year is the eighth consecutive year Audi has advertised during the Super Bowl and is competing with nine other automotive brands. With an estimated audience reach of 115 million people, brands like Audi are paying in the region of five million dollars for a 30 second spot in a bid for such potentially lucrative advertising. 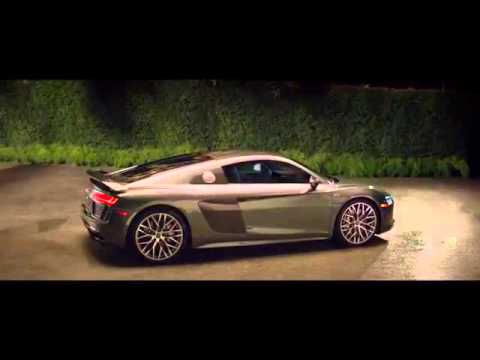