Late-night shopping with the Audi A4 Saloon​​

The sound of a clapper board snapping shut breaks the eerie silence of a deserted department store. Moments later, an Audi A4 Saloon speeds by, making agile turns and narrowly missing shelves that hold expensive-looking lamps.

This is the location for Audi’s latest TV advert, under working title of ‘quattro Department Store’. The star of the show is a sleek Audi A4 Saloon in gorgeous Mythos Black, driven by precision driver Steve Gault. As the car navigates through various departments in search of something, challenges spring up to throw the A4 off course. The Audi’s quattro technology however speeds through with cool, unperturbed confidence.

Of course this isn’t a real department store, it is simply too impractical, so instead this is a set created especially for the advert, filmed on location in Kiev. Director, Daniel Wolfe, said: ‘There is something hugely romantic about having the car in a department store at night – they’re magical, mysterious places. It’s also an obstacle course for the quattro to showcase the abilities of the technology, and it’s a bit playful.’

One department features a child’s fantasy toy department, complete with giant castle, a 20-foot-long pirate ship guarded by monkeys and a pyramid of stuffed animals. The sharp and responsive brakes of the A4 stop the car just in time to let a family of plastic robots pass. Through an elaborate kitchen department, freezers litter the floor with ice as the Audi’s tough wheels crush cubes without hesitation on the way past. 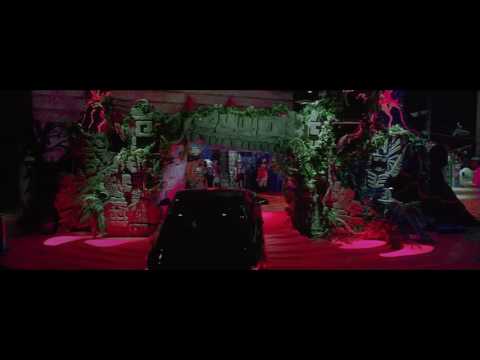 The A4’s mission comes to an end as it finds what it is looking for: a carton of milk. As the car glides smoothly out of the store, we are reminded of just how important these everyday essentials are, much like Audi’s quattro technology.

Master Audi’s supreme drive with effortless quattro technology by taking the Audi A4 Saloon out for a test drive at Jardine Motors Audi today. Just refrain from entering any department stores while you do.