When Carter Kelly Kramer purchased his 1976 BMW 2002 off ebay when he was 16, he thought he was buying his dream car in mint condition; however, appearances can be deceiving – the car not only had rot in the floors, no brakes and burnt out lights, it was also running of just three cylinders and the wheels were falling off. This didn’t stop Carter from falling in love with this classic BMW model though, and he decided to make it his mission to restore it to its former glory.

After crashing the car through a fence, Carter decided to use the $3,000 insurance money to get started on his restoration, the only problem being, he had no appropriate knowledge or tools with which to start; what he did have was a pair of garden sheers, a hacksaw, a crowbar and a sledge-hammer. With these rudimentary tools, Carter set about rebuilding the vehicle, teaching himself to reconstruct it while he deconstructed it.

Carter started by removing the nose from the car and taking apart its engine. He then decided to paint it, but instead managed to turn his garage blue, instead of his car. After many failed attempts, Carter’s car looked set for the scrap yard, until he found Dominick’s repair shop. Carter was offered an internship and it was here that he learnt the proper way to fix a car.

After lovingly restoring it, Carter felt he should sell it and buy a newer car that was more practical for his commute to college, but soon regretted the decision and bought it back from the original buyer in a less than well-cared for state. Carter decided to get the car back on the road; he painted it and stripped its original chrome. Now with 150hp and weighing just over two thousand lbs, the car runs like a dream and has earned itself the nickname ‘the carved pumpkin’.

By stripping its original features, Carter is aware he may well have removed the 2002’s resale value; however, he has no plans to ever sell the car again and claims that to him, it is priceless. 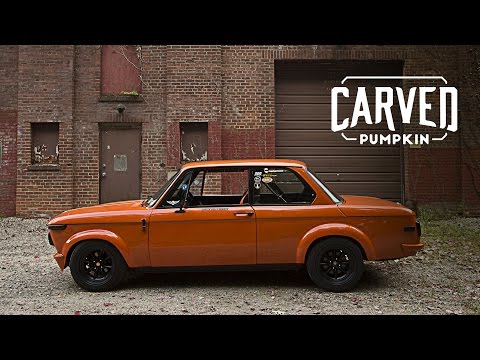