Colleagues take on impressive abseil challenge in aid of Whizz-Kidz

31 brave colleagues recently took on the challenge of abseiling down the ArcelorMittal Orbit in London’s Olympic Park, aiming to conquer their fear of heights to raise money for Whizz-Kidz. The famous landmark, which was opened in 2012 ahead of the Olympic Games, was a great chance for colleagues to push themselves out of their comfort zone and see how they cope under pressure.

Standing at an enormous 262 feet high, which is higher than the Statue of Liberty in New York, colleagues each took it in turns to ‘push’ themselves off the edge of the building, before taking in the sights of the London landscape as they lowered themselves to the ground.

Their fantastic efforts saw the team raise over £11,500 and these vital funds will help Whizz-Kidz to provide one powered wheelchair, one manual wheelchair and two trikes to give more young people the opportunity to look forward to a brighter, more independent future.​

A huge thank you to the individuals that took part, as well as to any colleagues or customers who donated towards supporting their efforts. ​

Take a look at some of the highlights from the day. 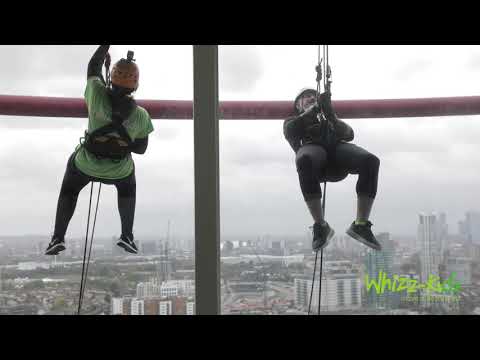