​The history of electric cars​

Electric vehicles are a common sight on our roads these days, but it wasn’t always the case. They’ve revolutionised the automotive industry in recent years, with rapid technological developments transforming our consumer and driving habits.

So, how did we get to the point where zero-emission models were bucking the wider trend and proving increasingly popular? To find out, let’s look in the rear-view mirror and examine the history of electric cars.​

Looking back at electric cars in the past

It’s not easy to pinpoint exactly when the concept of the electric car was first born. Hungarian engineer Ányos Jedlik is widely credited with creating the first electric motor to power a model car in 1828, while it is a Frenchman, Gaston Planté, who is thought to have invented a rechargeable acid battery around 30 years later.

It was towards the end of the 19th century that Thomas Parker introduced the first electric production car in London, shortly before William Morrison did the same across the Atlantic in the United States.

The evolution of electric cars continued apace in the early 20th century as they became the preferred mode of transport. However, Henry Ford’s launch of the Model T in 1908 swiftly changed things. Offering added convenience and affordability, it soon edged out the electric car as the go-to choice, especially as improving road networks meant a greater range was required.

And it wasn’t until the 1970s that the history of electric cars had its next major milestone, with Michael Stanley Whittingham pioneering the first rechargeable lithium-ion batteries. Then, in 1997, Toyota blazed a trail by launching the Prius – the first mass-produced hybrid – and set the standard for others to follow.

The history of the electric car is littered with false dawns. Rising petrol prices in the 1960s and 70s looked to have paved the way for EVs to make a comeback, but the authorities’ reluctance to embrace the technology proved a major obstacle.

Even in more recent years, detractors have identified a number of factors in the argument against zero-emission models. High purchase prices, a lack of a widespread charging network, limited range and heavy batteries have all been cited as reasons not to join the green revolution. But as the SMMT data shows us, attitudes are beginning to change, with all leading brands now forced to adapt their production to meet the rising demand. 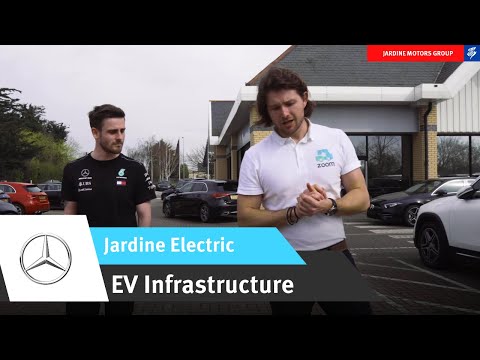 For all of the industry’s top manufacturers, electric car development is paramount to their success. For example, Audi boasts the impressive e-tron range, with models to suit all requirements – from practical SUVs to classy coupes.

Then you have another motoring powerhouse in Mercedes-Benz, whose EQ collection provides all the style and sophistication you’d expect from the German giant.

In terms of famous British brands, Jaguar’s I-PACE is causing a stir and was named World Car of the Year in 2019.

Meanwhile, MINI is refusing to be left behind. The iconic manufacturer has produced an electric model that boasts the same handling quality as its conventional counterparts, all with the bonus of producing zero emissions.

​Where will the evolution of electric cars take us?​

The history of electric cars is long and storied and is set for a defining period over the next decade or so. In the UK, new sales of petrol and diesel engines are set to be banned from 2030. It’s all part of the Government’s plan for a green industrial revolution and it should pave the way for EVs to become even more prevalent on our roads.

As manufacturers produce larger numbers of zero-emission models, their processes will only become more refined and cost-efficient. Those savings should be passed on to the consumer, which means drivers can expect EVs to continue to fall in price and eventually compare favourably with their petrol and diesel equivalents.

Technological advances mean the average range should improve, while electric car battery development is making great strides. Recent breakthroughs have been made in China to produce batteries that can be recharged in as little as five minutes – although they would require more powerful charging units than those currently available.

So, there is still plenty of progress to be made, but it’s clear the evolution of electric cars is set for even bigger and better things in the near future.​

Thinking about going emission-free for your next car? Look no further than our range of new electric models, all designed to contribute towards a greener planet without compromising on style or sophistication.

If you’d like to weigh up your options, why not head down to your local dealership or get in touch with a member of our friendly team? We’ve talked you through the history of electric cars – now it’s time to see what the future has in store.

Should You Buy A Petrol, Diesel Or Electric Car?

Electric Car Maintenance: Everything You Need To Know

What Is Formula E? Your Complete Guide

Visit our YouTube channel, where you can find car reviews and expert advice.