In a thrilling, nail-biting finish - one of the closest finishes in endurance racing - the Audi R8 LMS won the GTD category at the 2016 Rolex 24 Daytona Race held on 30th and 31st January in Daytona Beach, Florida.

In the US racing debut for the R8 LMS, the #44 Magnus Racing Team drove 2,502 miles in 24 hours, completing 703 laps of the circuit at Daytona International Speedway, finishing just 3.048 seconds ahead of the second place car in the 24 hour classic.

Owner/driver John Potter, alongside drivers Andy Lally, Marco Seefried and Audi factory driver, Rene Rast, took the chequered flag, with Rast driving the final stint and playing out the team strategy, limiting fuel consumption to go the distance and be triumphant – the same couldn’t be said for the Lamborghini Huracán GTD, which ran out of fuel minutes before the end of the race.

The win exemplifies the performance and resilience engineered into every Audi R8 production car, with 50% of the 2017 R8 production car’s parts shared with the R8 LMS, including its engine. 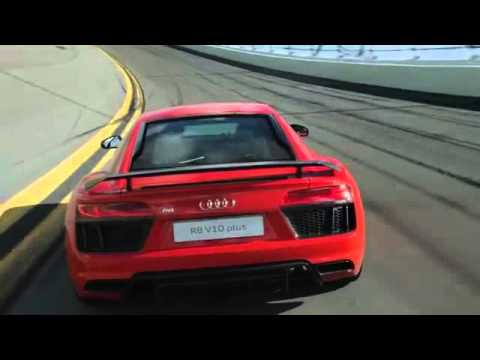 The Audi R8 production car isn’t far away from Jardine Motors Audi Centres, so register your interest with us and we’ll inform you as soon as the order books open later this year.